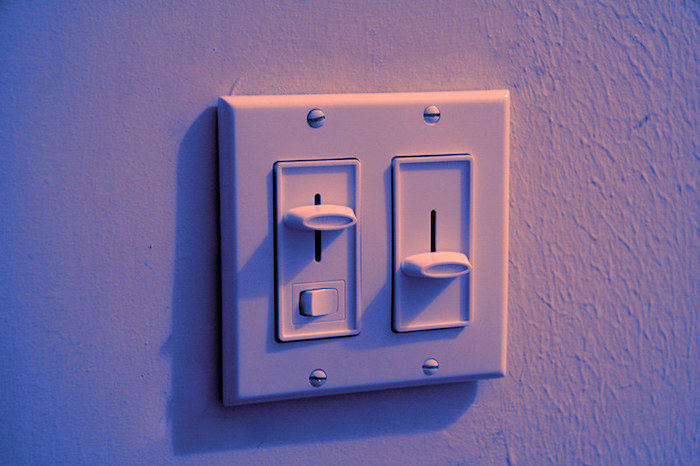 Among the key values ​​that make this system an effective option, we trace the long lifespan of components in the face of a lack of need for maintenance; great energy savings and excellent environmental protection, both in terms of UV and IR emissions and in relation to’non-toxicity some materials.

As for design, instead, the modularity and adaptability to the most varied creative solutions are characterized as features that make LED technologies even more attractive, alongside a fundamental possibility: that of adjusting the intensity of the luminous flux.

As it is known, indeed, a light variator adjusts the light intensity of an LED from the 0% to the 100%, insisting on modulating the pulse width or using digital regulation systems.

Use of a dimmer: strength points

Thanks to the use of these appliances, great advantages are obtained in terms of use and consumption, Which:

It is therefore fundamental, know how to associate the right dimming device to the lighting system you have chosen, taking into account the objective, but also of types and operations. 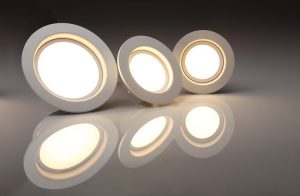 It is a dimming energy efficient because the transistor is in the condition of completely conducting or not conducting at all, in a context of minimum power consumption. The problem with PWM dimming lies in the fact that - through the series of on and off, the classic "flicker" effect perceptible to the human eye can be generated.

With triode dimming for alternating current, the current is conducted in both directions, alternatively, at a variable speed. This makes the light switch on and off faster than with PWM dimming. This system can, indeed, reduce the lifespan of the LEDs, but - basically - does not create the conditions under which the human eye can perceive a trembling light.

The Triac dimmer, like the PWM one, requires that the Range voltage to vary, which is in the formula 0-10 Volt the most used version.

For this type of products, in addition to the aspects of certification of lighting components, the constraints imposed by the regulations for electrical systems in buildings must also be considered.

In the past, voltage regulators – used with filament and halogen lights – they were located in place of the switch but - with low consumption lamps and with LED lights that have their own power supply - this solution is no longer viable, since normally it is not possible to insert a variator before the switch itself.

The scenario of best-known techniques, therefore, includes the ability to act on the power supply with a radio command (by interposing the receiving control unit between the power supply unit and the LED and associating the radio control itself) it is to technique 0-10 Volt, of which we want to highlight some regulatory aspects.

With technique 0-10 Volt, indeed, the system is given a voltage between the 0 and 10 Volt thanks to an additional regulation electrical connection. This dynamic poses problems of precept, why - being a low voltage signal - this should not be conducted together with dangerous voltage cables, for example, those a 230 Volt.

To stem this condition, there is a more complex mold solution, but certainly viable. They plan themselves, indeed, from more complex power supplies, which detect the typical waveform produced by traditional voltage regulators of the past and adjust the brightness of the LEDs accordingly. In this way you can use the same scheme of the past using current light sources. It is tempting to use the old voltage regulators near the switch, but this is normally not possible because the consumption of current LED lights is too low. Suitable regulator modules must be used which also work well with less power.

However complex the system may seem, it is the most practicable and widespread one, but it is also the most cost-effective: regulator and power supply, indeed, they cost around 3 times an LED ceiling light, but it's still there cheaper solution Compared to others. Above all - key factors in terms of safety and correctness of the technology - it is a system that does not present regulatory problems and does not require the passage of any additional cable..

These components too, to be sold in Europe, must report the CE mark like all electrical and electronic equipment, therefore they must follow the procedure of certification of lighting components.