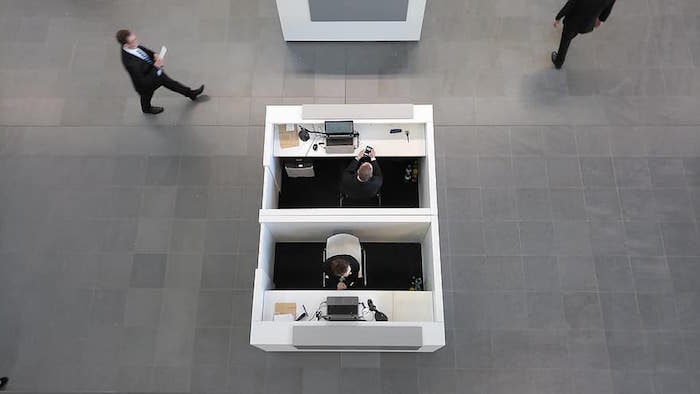 RFID technology (Radio-Frequency Identification) - thanks to the persistence of competitive costs and its growing penetration in various sectors - is witnessing one market growth high, trend that seems to be well confirmed also in terms of future scenarios.

Among the applications that make this market flourishing, The commercial industry undoubtedly appears - which represented the largest share of the overall RFID market by sector in the 2016 - and the field of access control, intended as a necessity, now stronger and more widespread, for companies, offices, finance, health care, transport, school, to monitor the position of individuals related to them.

If RFID technology allows all’commercial industry to identify and track items, thus improving management and stimulating investments in the systems connected to it, in the field of access control radio frequency identification is certainly the most used solution thanks to its simplicity and effectiveness.

As mentioned, low costs and ease of use are certainly among the keys to this technology, that – based on the propagation of electromagnetic waves - allows safe and effective detection of people and objects.

The system needed to proceed with access control consists of a passage - or a support - on which to place the reader, of a transponder which holds the user ID, of a controller to which RFID readers capable of receiving and verifying information are associated. A highly flexible technology that has reached a top position among IoT resources in the most disparate contexts of access control.

The advantages of access control based on RFID technology

Taking as an axiom the fact that in an access control context the aspects related to security are fundamental, we can start by saying that an RFID device is practically impossible to clone, compared to a simple magnetic stripe card. E’, Furthermore, more precise and reliable in control, thanks to the ability to targetless reading which - in addition to speeding up the processes - reduces the possible errors given by, for example, too rapid a swipe of the paper or its deterioration.

Among the founding aspects of the technology in question we find the ability to read multiple tags at the same time without producing overlaps; the opportunity to act a very low frequencies, without any danger to the health of those exposed to it; structural flexibility with the possible customization components and constant updating of information, in synergy with software tools. 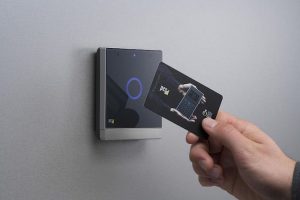 The regulatory framework for the CE certification of these products is articulated, to cover the multiple bands and methods of use, but well defined. they are performed security checks, electromagnetic compatibility tests and radio test. In the area of ​​safety, aspects of human exposure to electromagnetic fields are also evaluated, as required today for all electrical and electronic equipment.

The future prospects of the RFID market

The development of this market, according to various sector studies, it is powered by the growing installation of RFID in industries to improve productivity; from its greater use in the fields of safety and access control; by the high adoption of RFID technology in the retail sector and, finally, from the development of the RFID ecosystem through mergers and collaborations of corporate actors.

It is expected, Furthermore, that the RFID market of i passive tags – all those tags that do not have their own energy source, but they get it from the electromagnetic field generated by the reader – will grow at a faster rate than active tags, between 2017 and the 2023, due to factors such as small size, low cost and longer life.

The trend towards wireless automation will emerge in the global access control market, greater integration between products and cloud e, citing the report, one of the highlights of the market will be "badge-based authentication RFID for the evolving industry ", towards which the main market players are already making efforts to offer innovative strategies.

At the end of the design of a new device and before its placing on the market, compliance with the applicable European directives must be checked CE certification of products. Among other things, the planned tests of electromagnetic compatibility which some refer to as EMC certification even if it is not separate from the other parts of the process CE marking.